An English Mastiff dog is a dog that can hang out with you and watch your favorite TV show they’re just a good family pet.

An English Mastiff matures a lot slower than other breeds and as such you also need to go a little easier with them as they are an extremely sensitive dog and are very in tune to your needs.

They are going to pay a lot of attention to your body language and your voice for both training and corrections in their behavior.

One of the most important things when owning an English Mastiff is making sure that their temperament is stable.

The English Mastiff is a great pet as they are very gentle and extremely loyal to family members, and despite their size are great with kids!

The Mastiff is very well-known as what I like to call a Velcro Dog, in that they just love to be with their owners.

My Mastiff who is a female and weighs a little over 78kg often thinks she is a lap dog and will always try to sit on my lap when watching TV.

Mastiffs are a dignified yet good-natured dog.

Saffron (My Mastiff Girl) is loving and affectionate and because of the Mastiffs calm character are great play mates for children.

Because of their size I really wouldn’t recommend them for families with toddlers as they tend to forget their own strength and size.

A lot of people think they need a huge property to own one of these breeds.

I am lucky as I live within walking distance to the beach and have a fairly good size yard, however I have some friends who live in city apartments who also own this breed and their dogs are just as happy as mine.

As long as you socialize them with both people and other dogs and exercise them daily, they are just as happy in an apartment as they would be in the country.

Are All Mastiff Breeds the Same?

There are several types of Mastiffs and they all originated from the Molossus
which was a breed of dog from the ancient Greek times and were used by the Romans in war times.

Over the times the breed was refined a bit and the ones that ended up as English Mastiffs were bred especially for guarding castles.

Ultimately what they wanted was a dog that was big, looked intimidating but would also be friendly to all those that lived within the castle walls.

The English Mastiff has been around for hundreds of years, however not many people know that during World War 2 the breed came close to extinction because people were doing it hard.

Food was hard to come by and because of the amount of food this dog eats people could no longer afford to keep them.

It is said that the breed was bought back through the St Bernard which is why some English Mastiffs have features a lot like them.

So, some other breeds of Mastiffs related to the English Mastiffs are:

Bullmastiff – This is a cross between the English Bulldog and the English Mastiff which was first bred in around the 1830’s.

All Mastiffs are bred to be large; they are the largest breed of dog in the world by weight.

How Big Can an English Mastiff Get?

While the English Mastiff isn’t as tall as the Great Dane, they are a lot bigger in stature and weight.

Female English Mastiff’s can weigh between 150lbs(68kg) up to 180lbs(80kg) although I do have a friend whose female weighs close to 250lbs(113kg) and is a top-quality show dog.

The world record is held by a dog named Zorba who was in England, and he weighed in at a whopping 343lbs(155kg) and was in exceptional shape when he broke that record. 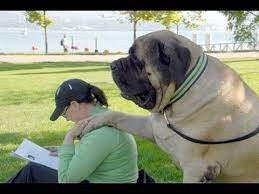 Zorba even at this weight lived to be about 13 years old, and for a Giant Breed like the Mastiff is a long life as the average life expectancy for this breed is somewhere between 8 and 10 years old.

What Health Issues Do You Get with An English Mastiff?

The main health issues in the past were probably hip dysplasia and the good breeders around the world have done a great job in bringing in certifications to make sure this is no longer an issue.

Because of the sheer size of the breed, they can also be susceptible to heart issues.

Awhile back there was a blindness issue that came about called PRA (Progressive Retinal Atrophy) however with some really great scientific research breeders are now able to get their dogs tested to ensure they don’t have that disease.

If you are going to own an English Mastiff you MUST exercise them as they can easily get overweight, and this really can put a strain on their heart.

Bloat is also somewhat of an issue with this breed, and it usually occurs at a later age.

Your Mastiff will need to be socialized a lot!

This breed can tend to be shy if they have not been around people, other dogs and properly socialized and you never want to own a big dog that is shy.

I can’t stipulate enough, if you are thinking of getting this breed how important it is to correctly socialize this breed.

I take my girl everywhere with me, I take her to the shops, cafes, when I go to the park to watch the football, my daughter playing netball, to the beach. Pretty much everywhere I go, she goes!

Along with socialization you need to make sure your Mastiff has basic obedience training because there is nothing worse than having a Giant breed dog that is out of control.

Taking Care of Your Mastiff

As far as grooming your Mastiff goes it is quite easy.

They are a short haired dog and do shed, however they don’t need to be brushed that often.

With Saffron, I often just wet a towel and wipe that over her coat which easily removes any loose hair.

Regarding their diet, I would always recommend going with what the breeder recommends.

My girl has been bought up on American Journey Salmon and Sweet Potato grain free dry dog food with some Yumwoof
toppers as this is what my breeder recommended and is the perfect diet for the Giant breed.

You are getting a purebred Giant breed and their diet will be a lot different to that of a normal size dog.

When you get a young pup, you don’t want to overwork them or have them doing any sort of jumping as their growth plates and bones have not developed fully. Due to their size even at a very young age you can cause your dog some serious hip and joint issues as they grow older.

The Mastiff Wrap Up

I love Mastiffs, to me they are the Kings of the dog world.

What the lion is to the cat, the English Mastiff is to the dog.

For me this breed is the biggest and coolest dog around and their sweet nature just tops off this perfect breed.

The amount of people I have met simply from being out with my Mastiff is unreal. People are naturally drawn to this breed and the feeling of love that these people have toward your dog is surreal.

Saffron brings me love, laughter and so much fun everyday (Really, what dog doesn’t do that?) and if it is a giant breed you are looking at getting I would definitely recommend you get an English Mastiff.

These dogs are not for first time dog owners and you will need to ensure you affirm alpha status straight away as if allowed to do so (And they will test you) they will become the owner of you!

Just because the English Mastiff looks intimidating to people on the outside it really doesn’t mean that they are scary or dangerous dogs.

They are a loyal, loving and very protective breed of their family and their home, but correctly socialized they maybe aloof with people at times but will love everyone as they love you.

If you own an English Mastiff we would love to hear from you and hear of your experiences living with the Giants of the dog world.

From my girl Saffron, “May Your Home Be Filled With Love And Dog Hair”

Founder of Our Dogs World 101 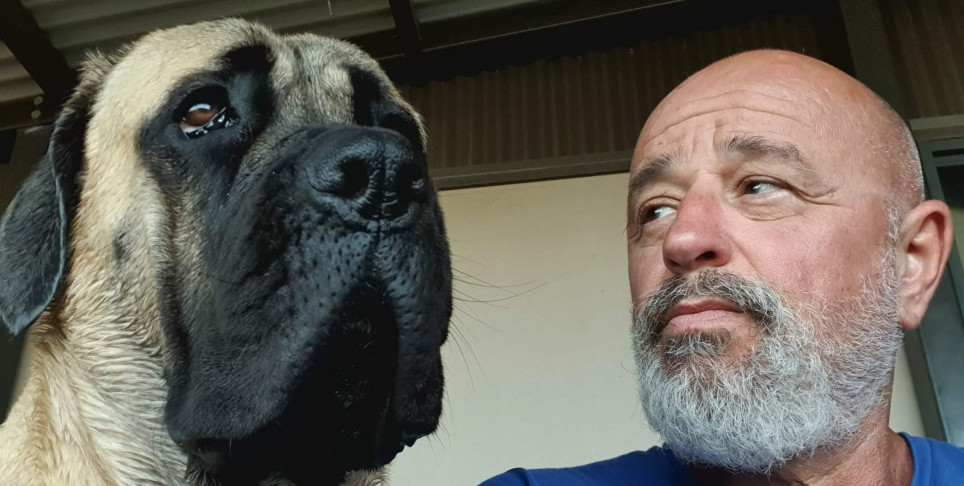 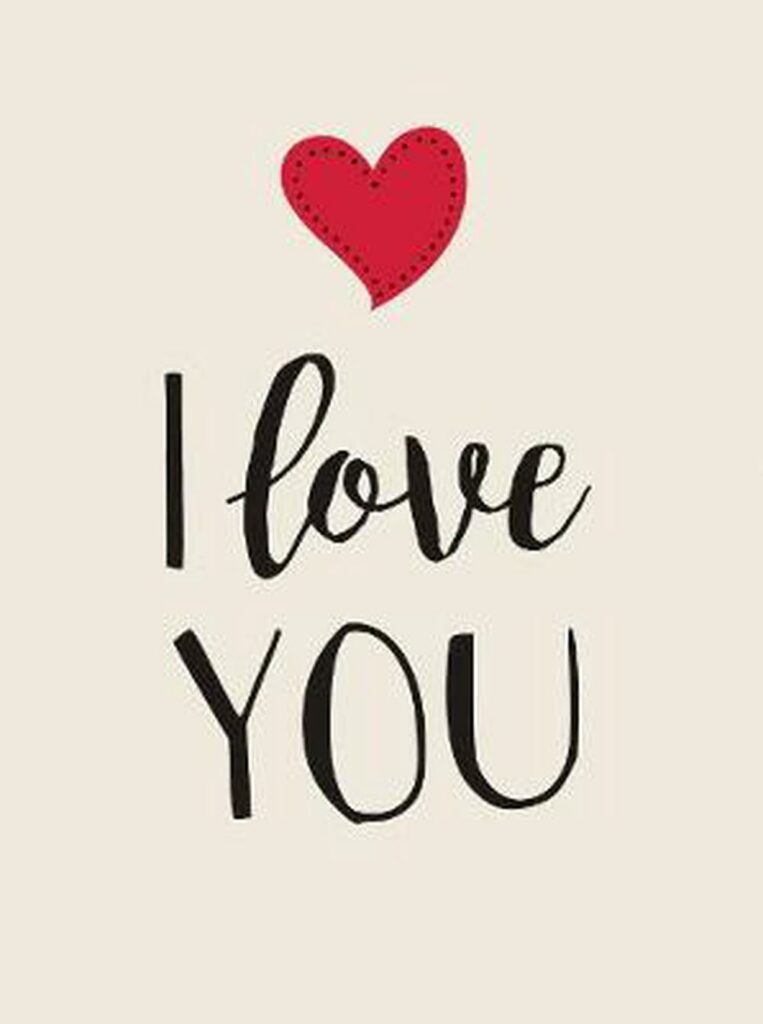 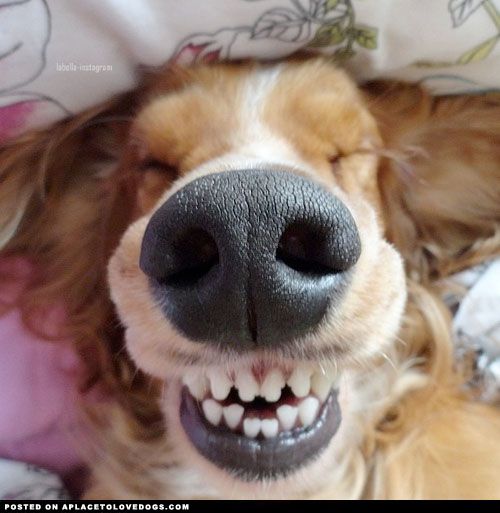 12 thoughts on “Whats It Like Owning an English Mastiff” 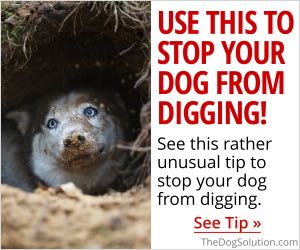